The two Houses of Parliament in South Africa 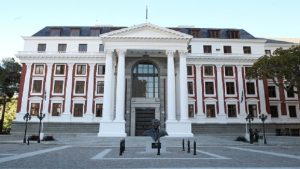 The South African Parliament consists of two Houses called the National Assembly (NA) and the National Council of Provinces (NCOP).

Each House has its own distinct role and functions, as set out in the Constitution. However, there are many instances when the two Houses act together to conduct what is called “joint business”.

Parliament in South Africa has the duty of making and passing laws in the country.

Members of Parliament (MPs) have many responsibilities, including :

The National Assembly (NA) has 400 members from different political parties. The number of seats each political party has in the NA is in direct proportion to the number of votes the party got in the general elections, the last being in 2019 in South Africa.

One of the main functions of the NA is to make the laws by which the country is governed. The NA refers Bills to Committees for processing and debates Bills.  The NA can approve, reject or refer Bills back to the Committees for further discussion.

Parliament has a responsibility to scrutinise, monitor and oversee the actions of government or any other organ of State, in respect of the implementation of laws, the application of the budget, and the observance of the Constitution.

Parliament keeps the Executive accountable by approving budgets, asking parliamentary questions, having parliamentary debates about important issues and proposing and voting on motions relating to the work of government.

The NA has a constitutional mandate to elect the President of South Africa from among its Members. 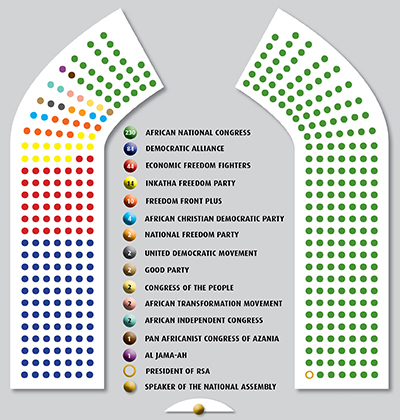 The NCOP is constitutionally mandated to ensure that provincial interests are taken into account in the national sphere of government. This is done through participation in the national legislative process and by providing a national forum for consideration of issues affecting provinces.

The NCOP also plays a unique role in the promotion of the principles of Cooperative Government and Intergovernmental Relations. It ensures that the three spheres of government work together in performing their unique functions in terms of the Constitution and that in doing so, they do not encroach on each other’s area of competence.

Breakdown of the NCOP: 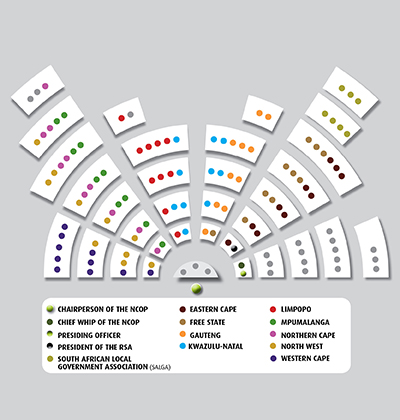