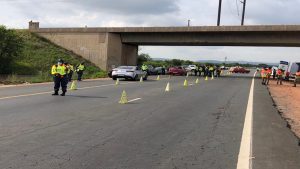 The Department of Transport says it will appeal the recent Administrative Adjudication of Road Traffic Offences (Aarto) Act High Court ruling because the legislation establishes the national norms and standards on how to deal with road traffic infringements.

Last week, the North Gauteng High Court in Pretoria ruled in favour of Organisation Undoing Tax Abuse (OUTA), which challenged the constitutional validity of the Aarto and the Aarto Amendment Act.

Transport ministry advisor, Lawrence Venkile, says when the bill was introduced it went to every provincial legislature and delegates voted in favour of it and it subsequently passed as an Act.

Meanwhile, OUTA has called on motorists to continue following the rules of the road despite the AARTO Act having been declared unlawful.

The court said the proposed traffic legislation unlawfully intrudes on the exclusive executive and legislative competence of local and provincial governments, preventing them from regulating their own affairs.

One of the key features of AARTO is the points demerit system.

In the video below, OUTA reacts to the court ruling: