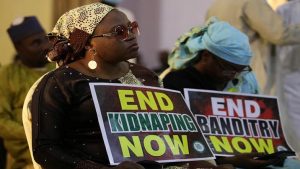 Crime researchers believe the true number of high-profile kidnappings for ransom is severely underreported in South Africa, most likely due to threats on family members.

Earlier this week, a businessman was kidnapped in Lenasia, south of Johannesburg. Yaseen Bhiku was allegedly grabbed by four men driving in a white vehicle.

An 11-year-old girl was recently found after being kidnapped outside a Johannesburg school in November last year. This follows the high-profile Moti brothers’ kidnapping case.

According to police crime statistics, over 6 500 kidnappings took place in the country between April 2019 to March 2020.

Discussing the issue of kidnapping in SA with Herman Bosman

Lizette Lancaster from the Institute for Security Studies (ISS) says what is also concerning is the link between multi-national syndicates and certain law enforcement members.

“By 2019, we had about 18 kidnappings a day on average reported to the police. By the period April to June last year, it went up to an average of 25 kidnappings a day. The involvement of law enforcement officers in multi-national or even local syndicates are problematic. We know that it occurs. SAPS and other law enforcement agencies, especially crime intelligence have been eroded and have been compromised because of the politics,” says Lancaster.