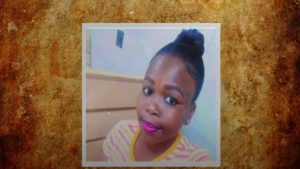 The Convocation of the Fort Hare University has pledged R150 000 in support for the family of slain law student, Nosicelo Mtebeni. The plan is to also assist the family to obtain skills of their choice to start a project to sustain the family financially.

The convocation has met with the Mtebeni family to honour the pledge of support they made. Advocate Andile Mini says they want to improve the livelihood of the family.

“As we say that we want to support the family, they will be taking the family through induction and skills development process to make sure that the money that we give them they develop their skills. They have presented a quite extensive process that they have to be required to go through, that programme will take a period of three months in January, they will be finished with that programme.”

The man accused of Mtebeni’s murder appeared in court on Tuesday.

Students protested outside court where the man accused of her murder appeared:

The Mtebeni family, represented by Mtamane Moelets, expressed their appreciation for the support from the University of Fort Hare Convocation.