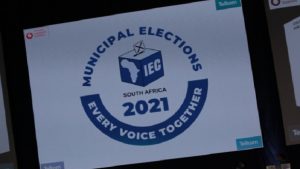 Elections in Bushbuckridge and in the Kruger National Park proceeded without any major challenges. This was confirmed by the Independent Electoral Commission in the region.

The Bushbuckridge Municipality had 263 polling stations. Most voting stations opened on time in Mpumalanga.

Mabuza encouraged citizens to go and vote. He also spoke about the party’s renewal process to deal with factional battles. He reiterated that ward candidates’ disputes and challenges in the party will be attended to after the elections.

Some people in Bushbuckridge feel that by casting their votes they are creating employment for politicians for the next five years. This is because they allege they have been voting for years but they see no change in their communities.

“Yes, I’m happy that I have cast my vote but I don’t think my vote will make a difference because we have been staying like for many years after democracy. They have been singing the very same song, that there will be development,” says one of the voters.

Meanwhile in the Kruger National Park voters were turned away because they didn’t appear on the voters roll.
“We experienced many people who came to our voting station to cast their votes and we found that they are not registered in our voting roll, we then advised them to quickly go to their places where they have registered in order to cast their votes,” says IEC General Manager at Skukuza voting station Oriel Mhlongo.

In Brooklyn, a stronghold of the Busbuckridge Residents Association (BRA), voters came in numbers to cast their vote at Maotole voting station.

Last year BRA fired three of the party’s councillors for failing to pay the party’s membership monthly subscription. The wards were all taken by the ANC.

BRA president Delta Mokoena is confident that the wards will return back to BRA.

“This ward I’m going to win it. BRA started in 2011, I’m confident that these are my people, our people, and I’m the product of these people. Remember I’m the product of leading party, the ANC, after they chased me this community followed me where I am.”

APC leader Themba Godi cast his vote at the Dwarsloop Civic Centre. In Breyten Mpumalanga’s MEC for Community Safety and Security Liaison Vusi Shongwe visited farms to monitor if farm workers were given an opportunity to vote.