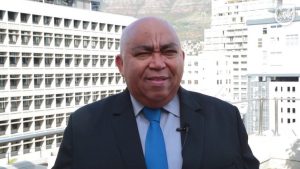 Western Cape Premier, Alan Winde says they have approached the State Attorney’s office, to appoint an independent legal counsel to conduct an external investigation into the veracity of the allegations made against suspended MEC for Community Safety, Albert Fritz.

Winde says they are now awaiting confirmation from the State Attorney on the request. Winde says the details of the appointee will be made public, once the instruction is confirmed.

He says he believes that an independent legal expert with the relevant experience will be best placed to investigate the allegations and determine their veracity. Winde says he has requested that the investigation be finalised as quickly as possible.

He has not divulged any information regarding what exactly the allegations are.

Fritz also stepped aside from his position as Interim Provincial Leader of the Democratic Alliance (DA) following the allegations. The African National Congress (ANC) in the Western Cape says the manner in which Premier Winde is dealing with the allegations against Fritz, makes it seem as if he is trying to cover up the situation.

Leader of the ANC in the Provincial Legislature, Cameron Dugmore, says Winde should provide more details regarding the investigation that is being conducted into Fritz’s alleged misconduct.

“The manner in which the Premier is conducting himself is amounting essentially to a cover up here. We are very concerned that firstly he hasn’t indicated who the person appointed to do the investigation is. Secondly, we as members of Parliament have a right to call the Premier to a standing committee, even if that committee’s in camera to get a full explanation.”

Chairperson of the Standing Committee on Community Safety in the Western Cape, Reagan Allen, says it would be premature, at this stage, to convene a committee meeting, to discuss allegations of misconduct against suspended Fritz. This after the ANC called for an urgent sitting of the committee to discuss the allegations.

Allen says the committee is not in a position to discuss the matter as it is under investigation.

“It would be premature at this time to divulge further information, because the complainants in this matter, requested confidentiality and we need to respect that, but also the process needs to be fair to all parties. So it has been a difficult time and I wouldn’t want to use the committee to play any politics.”

The Deputy Leader of the Patriotic Alliance, Sammy Claasen, says they will protest on the steps of the Western Cape Provincial Parliament, if Premier Winde does not reveal details regarding allegations of misconduct, which have been levelled against Fritz.

“We demand transparency, we demand accountability. Therefore, if the Premier does not respond or reveal the charges against it’s leader in the Western Cape, the Patriotic Alliance will protest at the doorsteps of the Western Cape Legislature and the offices of the Premier.”

Fritz’s legal representative has advised him not to speak to the media at this stage.

VIDEO: Albert Fritz steps aside from his duties until the end of February 2022