UAE not cooperating with SA government to extradite Guptas: Lamola 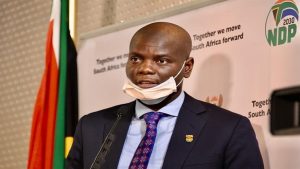 Justice and Correctional Services Minister Ronald Lamola says the United Arab Emirates is not co-operating with South Africa, in accordance to the extradition treaty ratified by the two countries.

Lamola briefed the media on Friday morning after the National Prosecuting Authority’s Investigating Directorate asked Interpol for assistance to get the Guptas deported to South Africa to face charges of corruption, fraud and money laundering.

The agreement between South Africa and the UAE on extradition and legal assistance in criminal matters was signed in 2018.

Lamola says South Africa will continue to pursue this matter until justice is served.

“Irrespective of the fact that both South Africa and the UAE ratified this convention, regrettably we have to date not experienced a level of appreciation and cooperation which is required in terms of the convention in the fight against corruption from the UAE. However, we will continue to pursue our counterparts through diplomatic channels in order to reach the desired levels of cooperation to enable our law enforcement agencies to bring to justice persons of interest of any investigations they are pursuing.”

In the video below, Minister Ronald Lamola updates the media on the extradition treaties between SA and UAE